It's embarrassing how obvious something can be once you figure it out. In our neighborhood we have a nice grassy field which hardly anybody ever uses, so it's essentially my own personal RC plane flying field, right at the bottom of our street. However, it has a Bermuda Triangle, a Zone of Doom, an Eater of Planes... and it took me way too long to figure out why.

The field isn't huge: it's 520 feet long and 150 feet at the widest, with a pond at one end, a street with tall trees on one side, and a fence in front of a dense tree-covered precipitous drop on the far side. 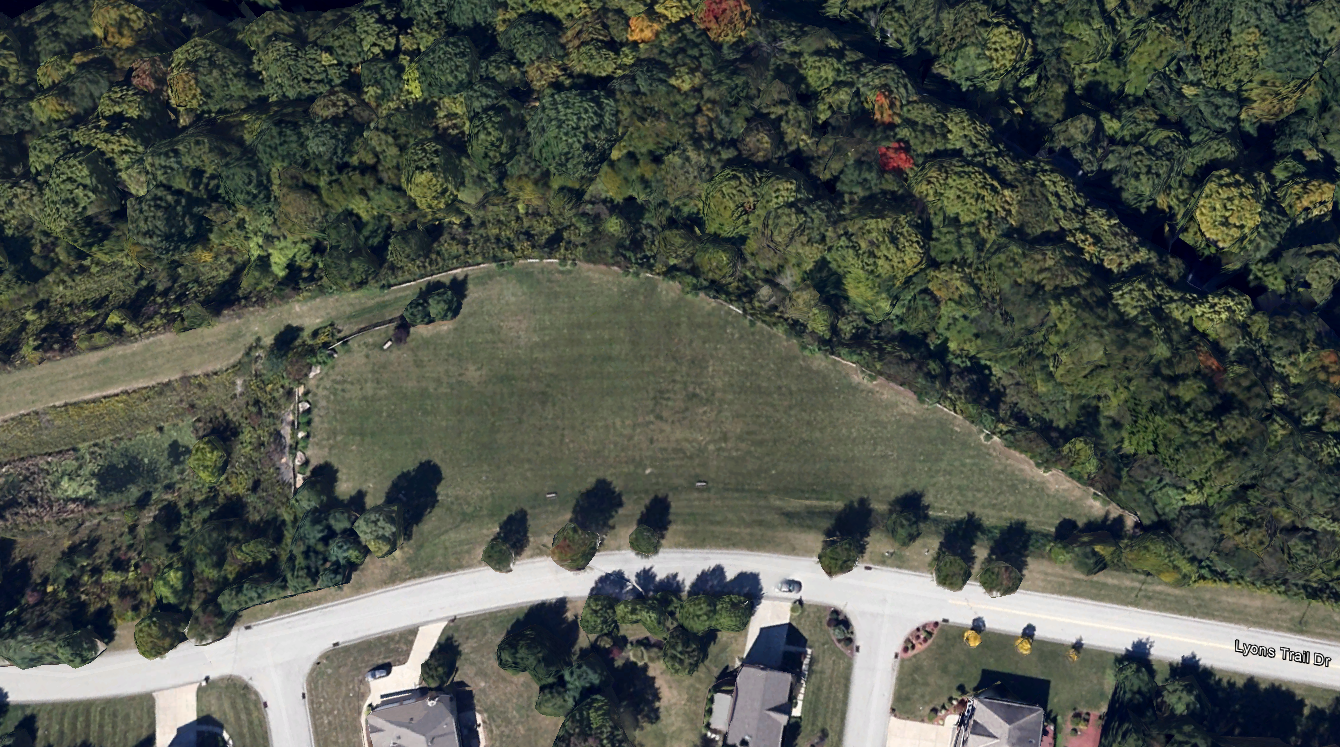 It's pretty claustrophobic for flying planes, but the location can't be beat, and (I realized just now, looking at the map) it's shaped suspiciously like a wing's airfoil.  How fortuitous! 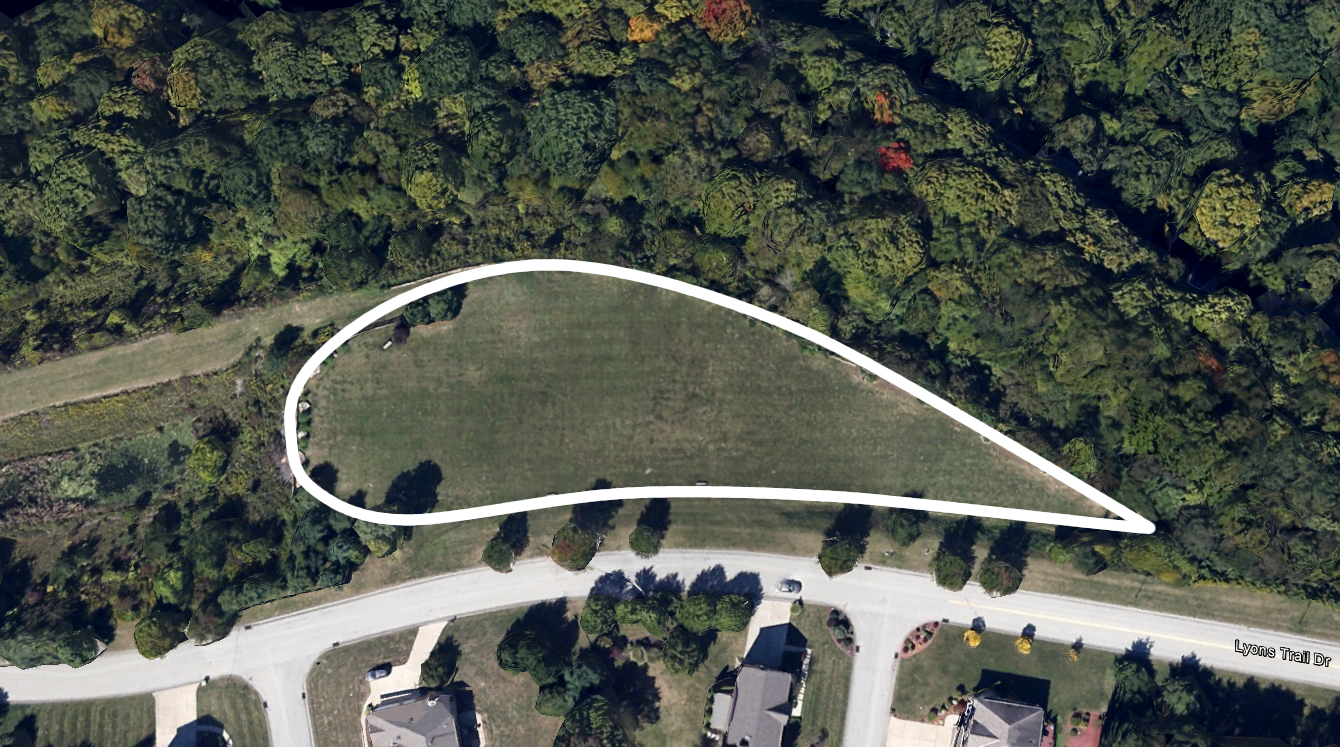 Or maybe its a teardrop...  How sinister!

In any case, it's obvious how the small size and narrow shape of the field, along with the tree-lined edges, would make this field challenging to fly in. Despite my best efforts, several times I've had to climb over the fence and scramble down the hillside to retrieve my planes from the foliage.

It's more than just random crashing, though. On occasion my planes will stop responding to control and wander off, and always at the worst possible moment, right at the edge of the field.  As a beginner I attributed this to radio brownout, hardware malfunction, wind, or pilot error. Or ghosts. I assumed I was doing something wrong, but I couldn't tell what it was.

It wasn't until today that I realized just how consistent and how localized the problem is. This has only ever happened in this one particular spot: 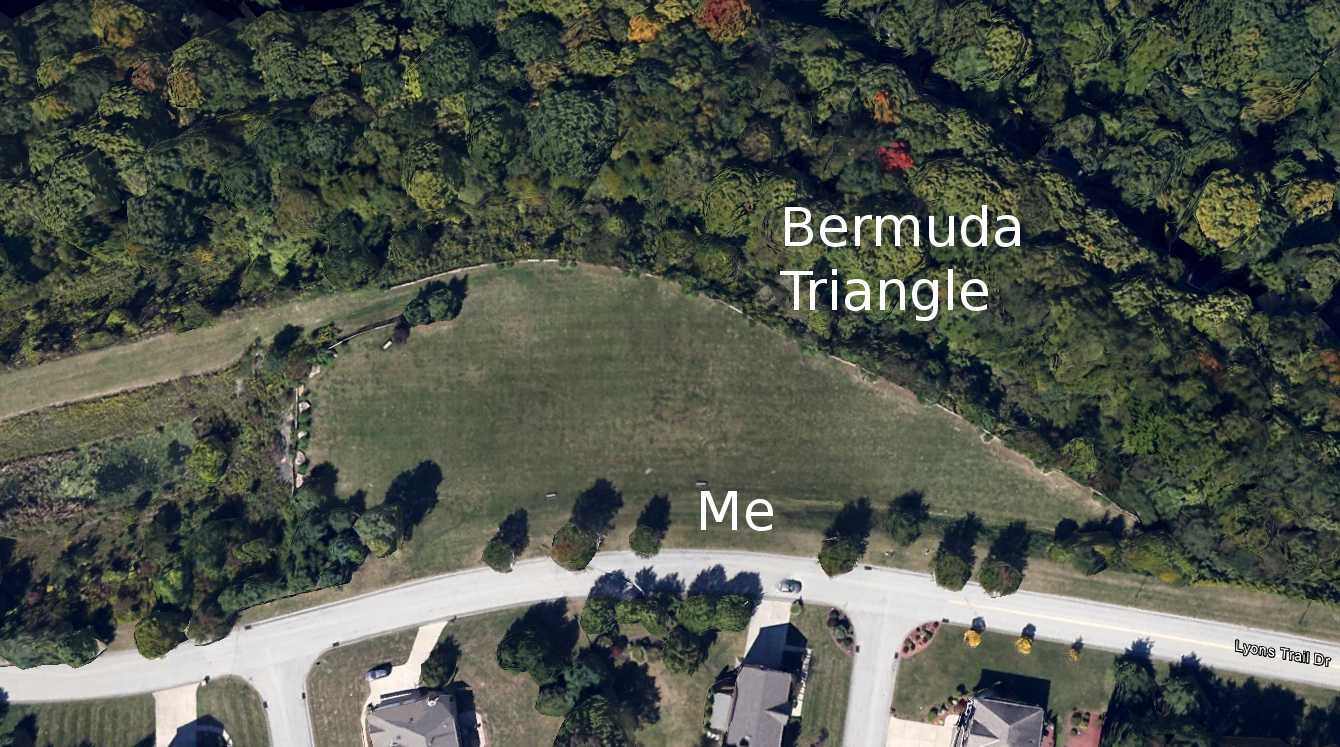 And once I realized that, it became painfully obvious what the problem was. When you fly an RC plane, you generally fly it in circuits, either ovals or figure eights, and the shape of this field sort of forces the orientation of my circuits:: 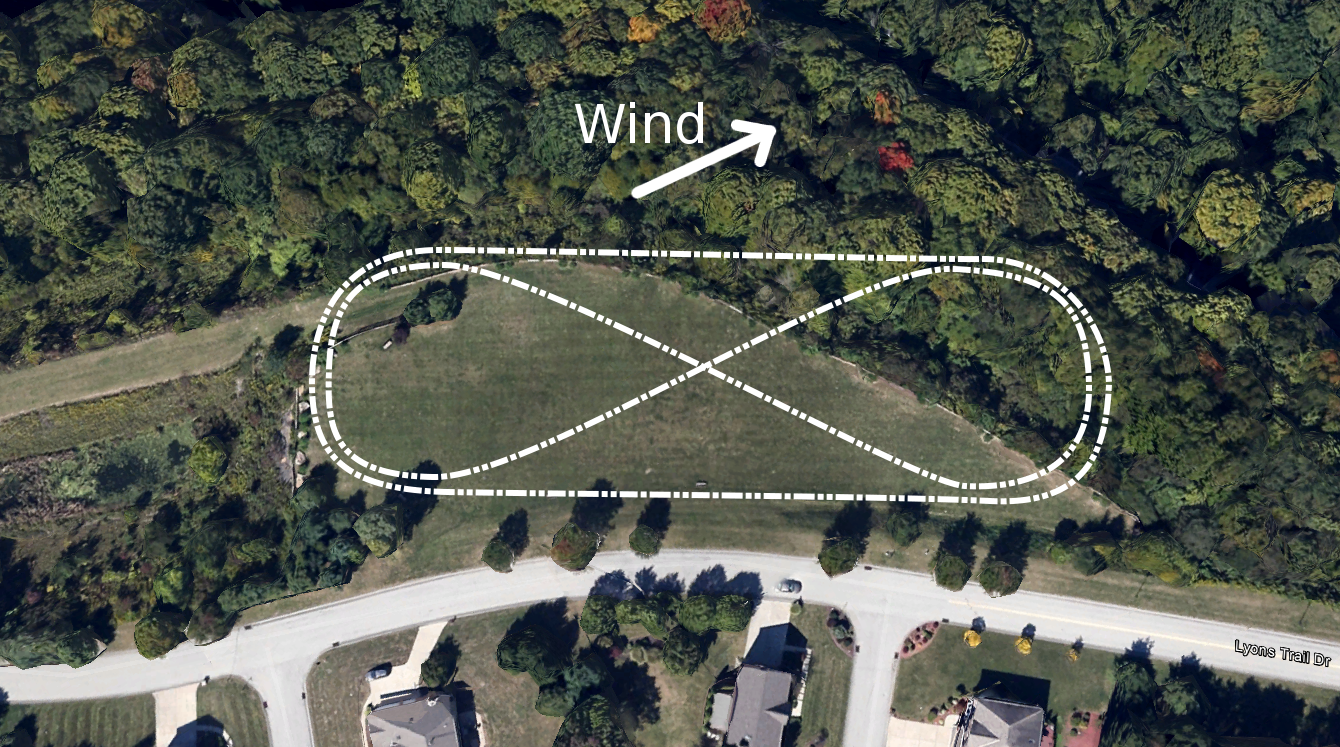 Well, one end of this field is narrow, and that also happens to be the downwind end.  At that end of the field, I have two choices:
Whenever the wind is making me a little nervous to start with, I often choose 2 without realizing it. This puts me too close to the trees and so I slow down, trying to give myself room to maneuver. Flying slow makes you more susceptible to stalling.

Also, because the space is confined, I try to make my turns tighter. Tighter turns make you more susceptible to stalling.

What's worse, this is the part of the field where I need to make my upwind turns. When a plane tries to bank into the wind, it's in danger of stalling unless it has enough speed to power through.

So the combination of confined space, slow speed, and tight upwind turns mean I'm always on the verge of stalling at that end of the field. And when I do stall, since I'm turning, it doesn't look like a sudden drop--instead, the plane falls out of its turn and the wind takes it off into the trees.  To my untrained eye, that seems like the plane has stopped responding on its own--but it's really just a stall.

It's so painfully obvious once I lay it all out like that.

Unfortunately my only options are to get more comfortable flying up high when it's downwind, or to move to a bigger field.  Yesterday, for the first time, I flew in a huge, open soccer field, and it was AMAZING.  I can't believe what I'be been missing, flying in this tiny field all along.  I really need to get away to bigger fields more often.
Posted by Tom Lokovic at 1:43 PM